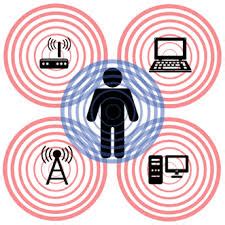 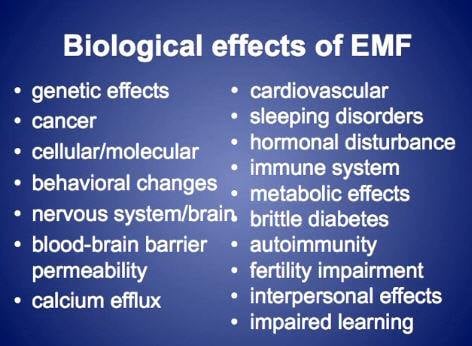 Electromagnetic hypersensitivity (EHS), known in the past as “Microwave syndrome”, is a clinical syndrome characterized by the presence of a wide spectrum of non-specific multiple organ symptoms, typically including central nervous system symptoms, that occur following the patient’s acute or chronic exposure to electromagnetic fields in the environment or in occupational settings. Numerous studies have shown biological effects at the cellular level of electromagnetic fields (EMF) at magnetic (ELF) and radio-frequency (RF) frequencies in extremely low intensities. Many of the mechanisms described for Multiple Chemical Sensitivity (MCS) apply with modification to EHS. Repeated exposures result in sensitization and consequent enhancement of response. Many hypersensitive patients appear to have impaired detoxification systems that become overloaded by excessive oxidative stress. EMF can induce changes in calcium signaling cascades, significant activation of free radical processes and overproduction of reactive oxygen species (ROS) in living cells as well as altered neurological and cognitive functions and disruption of the blood-brain barrier. Magnetite crystals absorbed from combustion air pollution could have an important role in brain effects of EMF. Autonomic nervous system effects of EMF could also be expressed as symptoms in the cardiovascular system. Other common effects of EMF include effects on skin, microvasculature, immune and hematologic systems. It is concluded that the mechanisms underlying the symptoms of EHS are biologically plausible and that many organic physiologic responses occur following EMF exposure. Patients can have neurologic, neuro-hormonal and neuro-psychiatric symptoms following exposure to EMF as a consequence of neural damage and over-sensitized neural responses. More relevant diagnostic tests for EHS should be developed. Exposure limits should be lowered to safeguard against biologic effects of EMF. Spread of local and global wireless networks should be decreased, and safer wired networks should be used instead of wireless, to protect susceptible members of the public. Public places should be made accessible for electrohypersensitive individuals.
Keywords: Apoptosis; Bioeffects; Cell phones; EHS; ELF; EMF; Electrical sensitivity; Electrohypersensitivity; Electromagnetic fields; Electrosmog; Environmental sensitivities; Human; Mechanisms; Microwave syndrome; Microwaves; Precautionary principle; Public health; RF; Radiofrequency.
https://www.gregwyatt.net/wp-content/uploads/2021/09/signals.jpg 225 225 Greg Wyatt https://www.gregwyatt.net/wp-content/uploads/2021/01/Logo_04-300x94.png Greg Wyatt2021-09-30 04:31:462021-09-28 17:35:47Are You Electrically Hypersensitive?
Subscribe
Login
0 Comments
Inline Feedbacks
View all comments 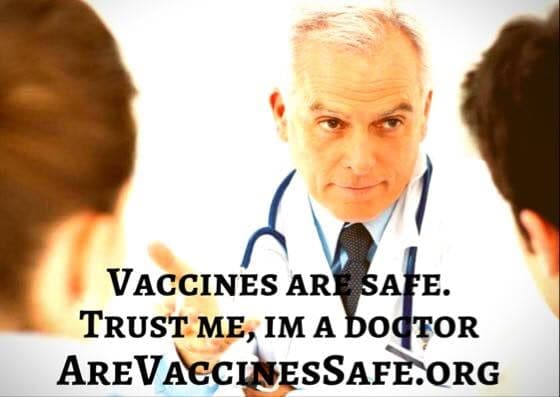 Weird Stuff in the Covid Vax
Scroll to top
We use cookies on our website to give you the most relevant experience by remembering your preferences and repeat visits. By clicking “Accept”, you consent to the use of ALL the cookies.
Cookie settingsACCEPT
Manage consent