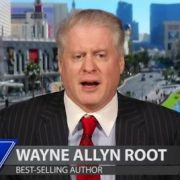 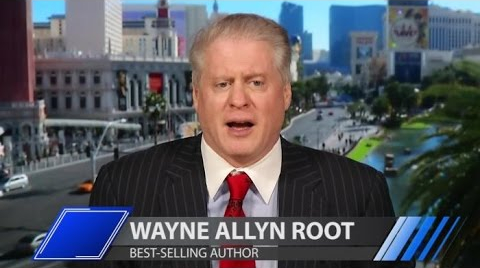 Wayne Allyn Root declares, ‘This is the most important commentary I’ve ever written’

This is the most important commentary I’ve ever written.

Everything happening today to the American people … to the U.S. Constitution … to freedom … and particularly to unvaccinated Americans reminds me of 1938. This is only the beginning. It gets much worse from here.

First, “the papers.” Vaccine mandates and vaccine passports are just like 1938, when the Gestapo demanded papers from every German.

Now Democrats want American citizens, not illegal aliens, not criminals, but patriots born in this country, to produce papers 24/7. We’ll need papers to enter restaurants, bars, nightclubs, concerts, casinos, conventions and hotels and to board a train, plane or bus. We’ll need papers to enter a supermarket, or we’ll starve to death. All for the crime of being unvaccinated against … wait for it …

All for the crime of being unwilling to inject an untested, rushed to production, experimental, “for emergency use only” shot into our bodies.

What happened to the war cry of Democrats: “My body, my choice”? It only applies to murdering babies, but it doesn’t apply to dangerous experimental shots we don’t want injected into our bodies.

Weren’t Jews injected with experimental drugs by the depraved Nazi government? Wasn’t that a key part of the Nuremberg trials? That no government could ever again inject experimental shots into the bodies of unwilling citizens? Isn’t that a basic human right?

By the way, this isn’t about vaccines. If you want the vaccine, take it. I’d never stop you. I’d never limit your freedom, your choice. This is about vaccine mandates – forcibly injecting Americans who don’t want it. That’s 1938.

But there’s much more in common with 1938. Mask mandates. If you’re scared, wear them. I’m not scared. I don’t want to wear them. Mandates are about forcing individuals to lose their freedom, choice, individuality and human rights. That’s 1938.

Lockdowns are a match with the Warsaw Ghetto. Jews were locked down. Jews couldn’t work. Jews couldn’t travel. Jewish businesses were labeled “nonessential.”

If government can force us to close our businesses, to kill our jobs, to decide who is nonessential, then this is 1938.

Stars on clothing. It’s coming. The vaccinated get into restaurants, bars, concerts, supermarkets, planes and trains. They keep their jobs. The rest of us are marked as “subhuman” for life. That’s the star. That’s 1938.

Media and social media as the public-relations wing of the government. That’s called propaganda. Remind you of 1938? Back then, the Jews’ books were burned. Today, it’s those of conservatives, patriots and specifically the unvaccinated. We are silenced. Our facts are labeled “misleading.” Only the facts that agree with big government’s agenda count. That’s 1938.

Door-to-door intimidation and making lists of those who disagree with “government knows best.” Trust me, that army of door-to-door vaccine brainwashers will soon be turned into a Gestapo of gun-grabbers. 1938 was the year Nazis banned Jews from owning guns. They took them door to door. That’s 1938.

Only days ago, a former Department of Homeland Security official said the unvaccinated should be on the federal no-fly list. That’s exactly how Nazis attacked the Jews and others who disagreed with their agenda. It was always lists. Lists of people to be disappeared in the middle of the night; lists of those to be sent to reeducation camps; lists of those to be sent to concentration camps; lists of enemies of the state. It’s happening again. Maybe this time you’ll only lose your job or free speech. This is, again, 1938.

It’s all disgusting and disgraceful. But I’m warning you, this is just the start. It’s all going downhill from here – fast. This is the end of America. This is 1938.

First, they came for the unvaccinated. Trust me: Next, they’re coming for you. 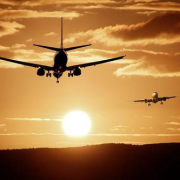 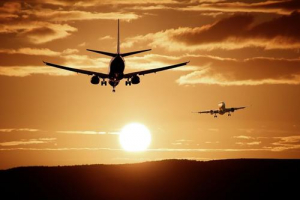 Before this pandemic, it would have been unimaginable for Congress to consider a bill that would ban tens of millions of Americans from flying. But now everything has changed. A new bill has been introduced that would specifically ban all unvaccinated individuals from ever flying again. 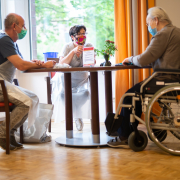 There is a very interesting Facebook page (while it is allowed to exist) called John Dee’s Almanac, which provides an unofficial analyses of official COVID data.  It brings to light what appears to be realistic care home deaths in the UK (and more).   Worth exploring…  https://www.facebook.com/groups/johndee333/

“For a while, Dr No has bumbled on about having to wait a while to get data on non-covid–19 deaths caused by the panicdemic, that is, the collateral damage done not by the virus, but by our response to the virus. It now turns out that the data has been hiding in plain sight all along, in one of ONS’s cryptically named data files. The trail starts with referencetable10052021114704.xlsx, which was recently uncovered and dissected by the excellent John Dee, and which can still be downloaded from ONS’s own website here. But referencetable­10052021114704.xlsx only covers part of the picture, specifically deaths in care homes, and furthermore, it has, as John Dee points out, been deliberately obfuckstrated by ONS, who have chosen to report cumulative totals rather than weekly numbers of deaths, which has the effect of disguising what John Dee rightly calls a “shocker of a hump” for non-covid deaths in the spring of 2020. Dr No’s chart for the de-obfuckstrated version of the data is shown above. The “shocker of a hump” is clearly visible in the red line representing non-covid care home deaths in April and May 2020.”

The following files serve as a mirror backup to the files from John Dee: 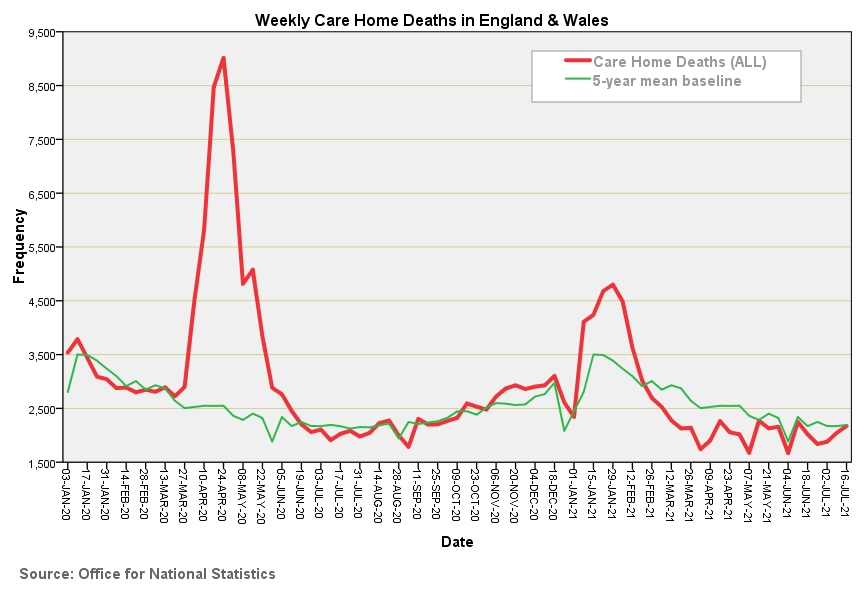 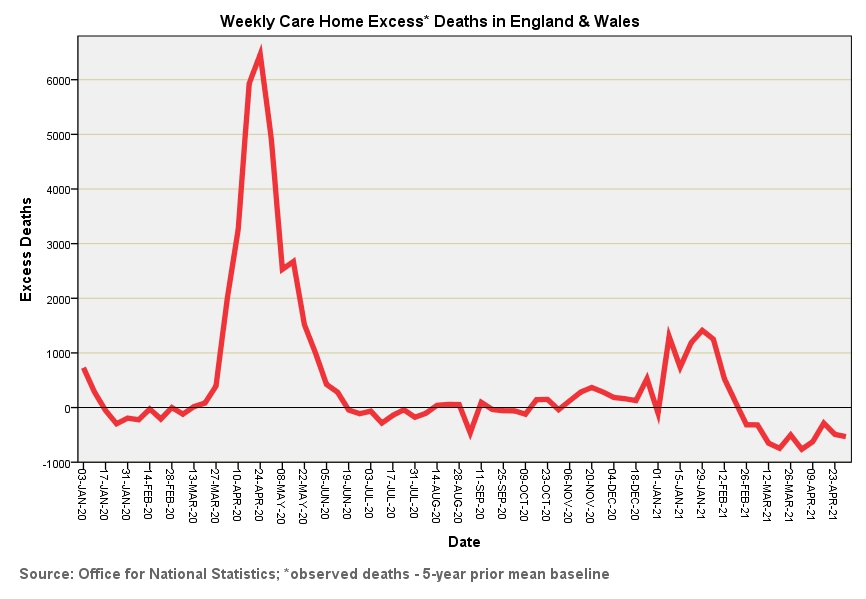 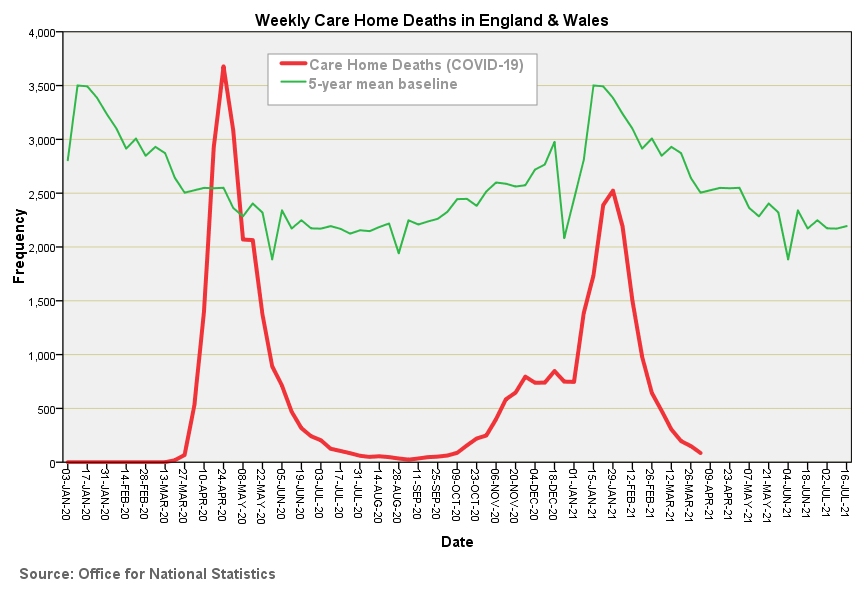 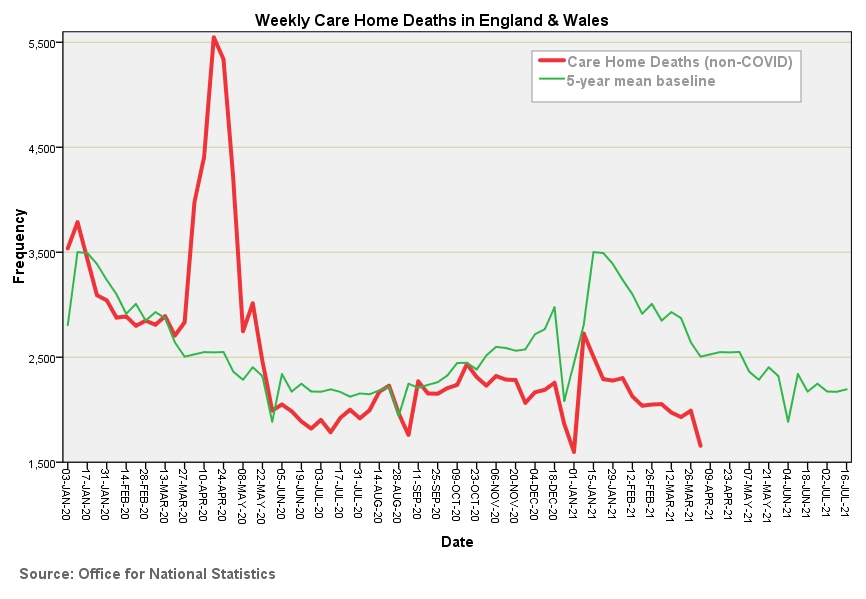 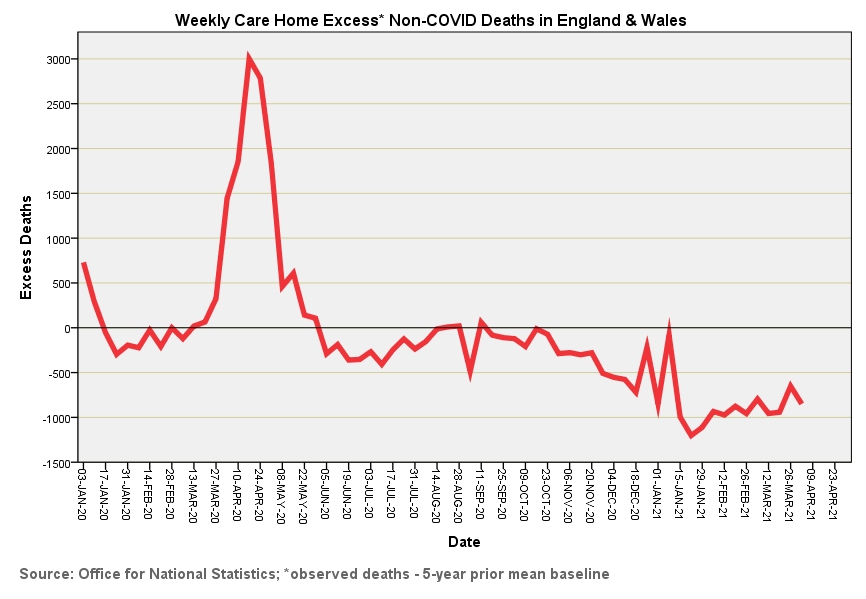 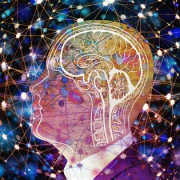 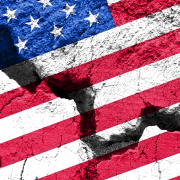 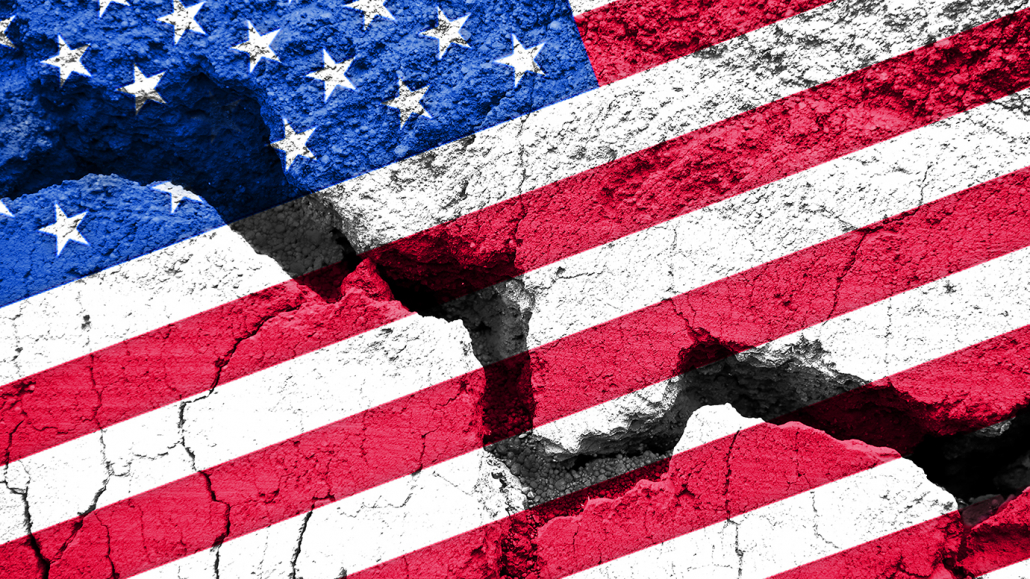 Do you trust the government? …is a question that I’ve asked virtually everyone that I speak to in my daily activism journey.  The answer is always the same:  “No.”  If that’s the case, why do we trust them with our health and listen to the CDC–which isn’t even a part of the government… which makes it much much worse.

When we vaccinated our children, I had no idea how deep the lies and deception were.  Today, I and my family, pay the price for that ignorance.  I listened to the doctors.

Now, 23 years later, with two severely vaccine injured adult children, I pay the price in ways I could never have imagined.

So, now we face this COVID-19 plandemic that is nothing more than mind-control of the masses coordinated by Satan himself.

I have looked at things from different angles all my life, and spotted the lies and deception even from those who have seemingly good motivations.

I started questioning everything as a child, but especially after I found out I had been lied to for the first 28 years of my life.  I spotted it but could not figure it out.  I always felt like I didn’t fit in with my family.  I found out why on my 28th birthday when my mother cheerfully told me that my wonderful father, who I had called “Dad” all my life, had been sterilized by government authorities after being incarcerated in the Beatrice State Home for Feeble-Minded Youth from 1937 to 19 49.

There was absolutely nothing wrong with him except he came from a large family where the dad was an alcoholic and a poor provider.  So the state came in, split up the family, and put him and his brother in that god-awful institution.

In 1924 the supreme Court passed a landmark case, Buck vs. Bell.  This enabled the government to seize and detain anyone they felt were worthless eaters.  Believe it or not, they still do it today.  You just don’t hear about it except from people like me that know the truth.

Abortion is no less than genocide.  It saves them the money, time and effort of dealing with these “worthless eaters” when they advance in age from infanthood to adulthood.  I can just hear them say: “Why wouldn’t we abort them when we can save so much money.”

So after I found out the truth, I never looked at anything except with distrust.

Just like with the anti-vaccine, pro-health movement.  It always seemed kind of “off.”  And, when I started digging deep and deeper, I became a very unpopular person.  So, take a moment and look at all the people on the right side of my blog.  There’s so much more I could post but it would take three of me doing a full-time job just to uncover these demons of deception and their alternative motives.

May God bless us all, as this world becomes something I cannot even recognize. 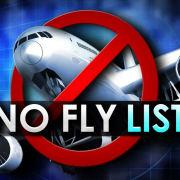 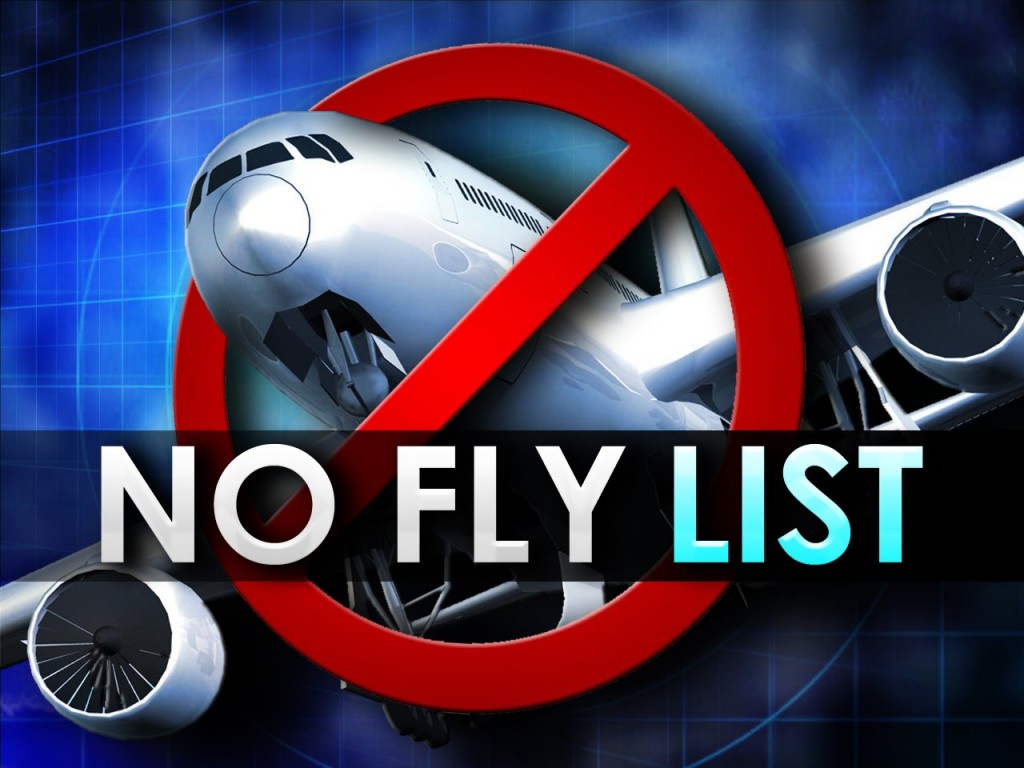 A former Obama administration official is calling for a federal “no-fly list” for Americans who are not vaccinated against the coronavirus.

“The White House has rejected a nationwide vaccine mandate—a sweeping suggestion that the Biden administration could not easily enact if it wanted to—but a no-fly list for unvaccinated adults is an obvious step that the federal government should take,” former Assistant Secretary for Homeland Security Juliette Kayyem wrote in an op-ed for The Atlantic this week. 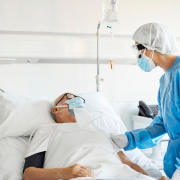 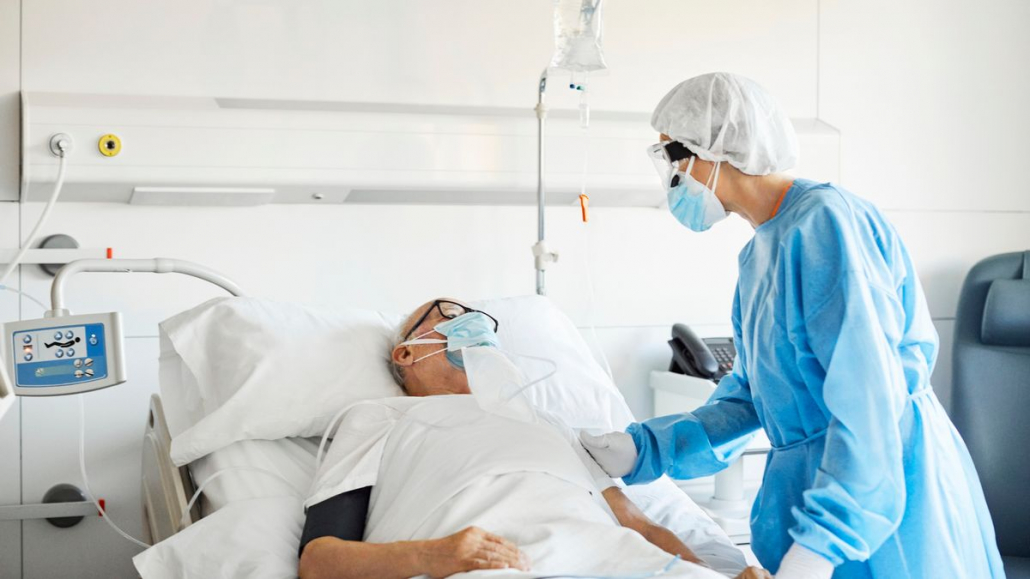 Following the 2016 pandemic planning exercise, the NHS reportedly drew up plans to deny care to the elderly to prevent hospitals being overwhelmed in the event of a pandemic – but the body has stressed it was not used during the actual Covid crisis.

Hmmm… Do you really believe they didn’t consider what they had planned in the exercise? 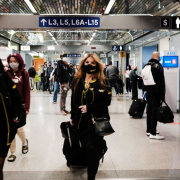 Freedoms are shrinking by the day…

WASHINGTON — The Biden administration is taking the first steps toward requiring nearly all foreign visitors to the U.S. to be vaccinated for the coronavirus, a White House official said Wednesday.

The requirement would come as part of the administration’s phased approach to easing travel restrictions for foreign citizens to the country. No timeline has yet been determined, as interagency working groups study how and when to safely move toward resuming normal travel. Eventually all foreign citizens entering the country, with some limited exceptions, are expected to need to be vaccinated against COVID-19 to enter the U.S…. 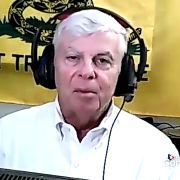 If John Moore is right, it might explain why COVID Vaccines are being pushed as much as they are… 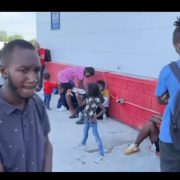 Tens of thousands of illegals are pouring over the border. No COVID testing… 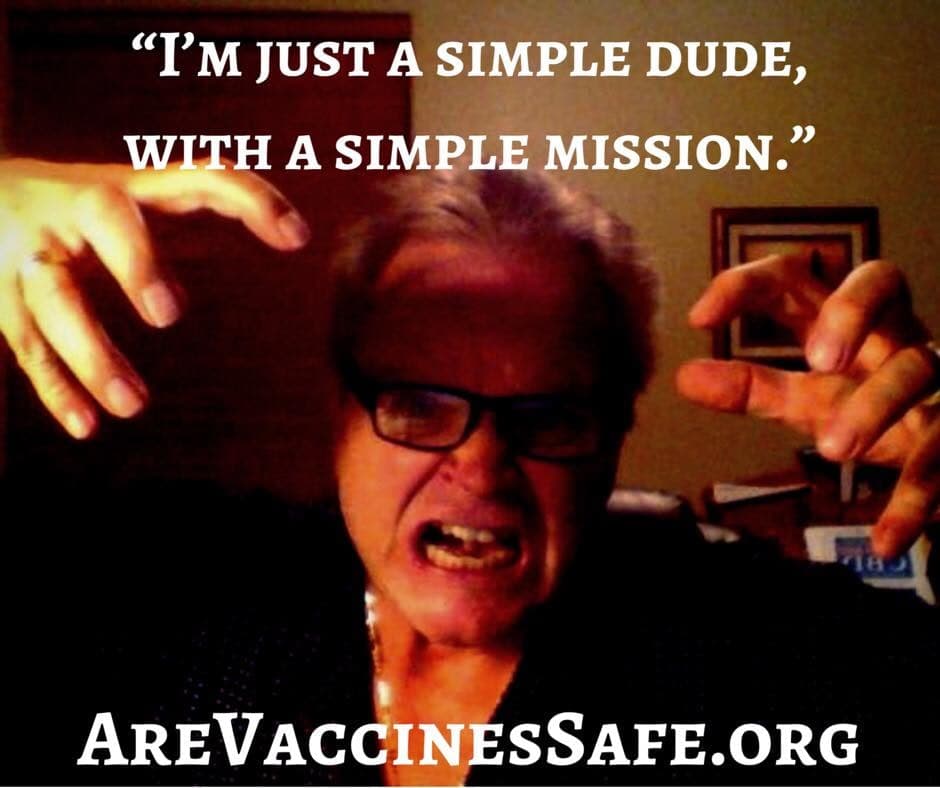